I had every intention of blogging from the field, but my little Acer notebook wasn't up to the task after I upgraded to a more recent version of Lightroom and began downloading thousands of images. I'm back and over my jetlag, and ready to share!

Please note: These images are copyrighted and not for reproduction, sharing, downloading, screen-capturing or otherwise stealing without my permission! I do welcome comments as well as referrals to my website. Thank you for your cooperation and respect for others' art.

My trip went even better than anticipated, starting with flawless weather. About the only thing I didn't pack was sunblock, having lived in Japan previously without ever needing it. But the sun was high when I arrived in Kanazawa on April 12 amid the peak of the sakura, and by the fourth day -- spent in Takayama -- my face was as red as a lacquered umbrella. 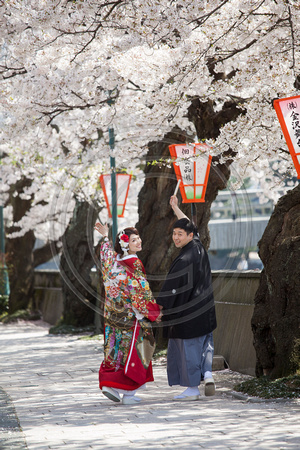 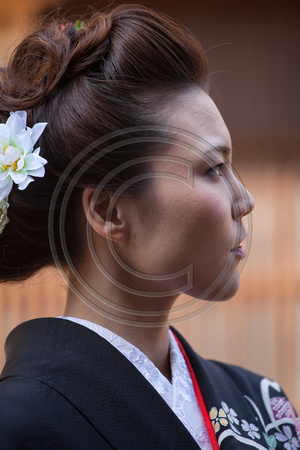 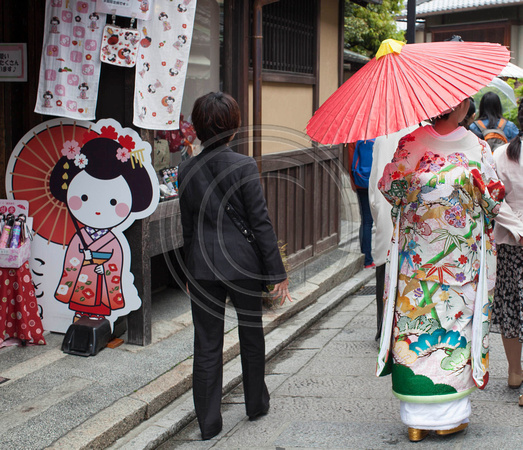 I had last experienced the Takayama Spring Festival in 1984 and found it to be considerably more crowded this time but still well worth attending and shooting. The lavishly decorated yatai (floats) are considered national cultural treasures, and the performances of the karakuri (marionettes) are one of the highlights of the festival. The kids are pretty cute, too! 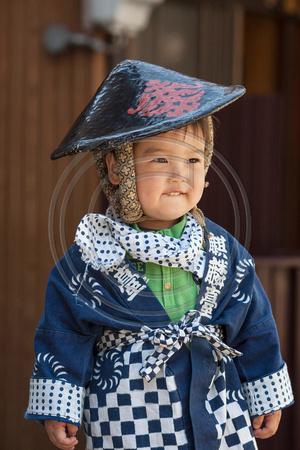 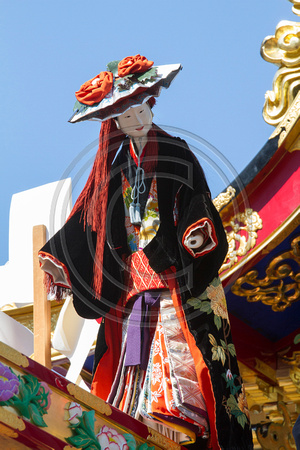 The marionettes on the floats are estimated to be over 300 years old. 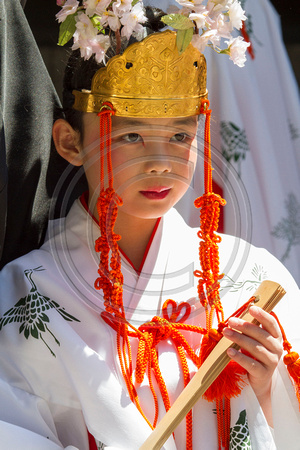 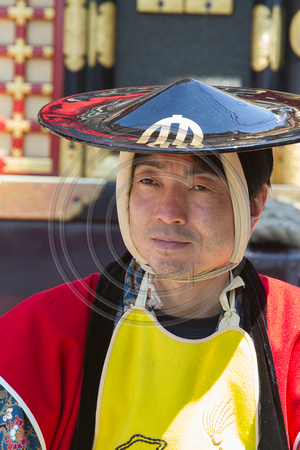 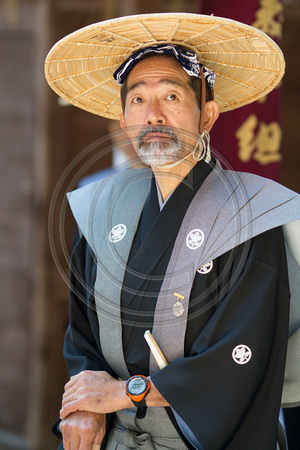 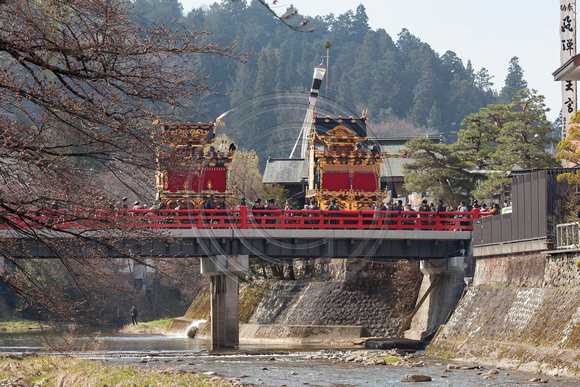 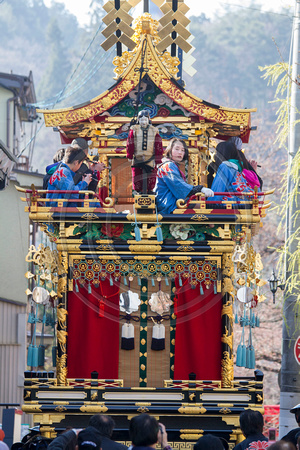 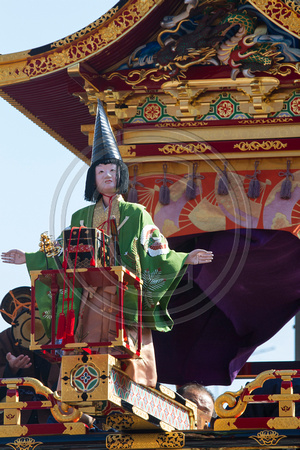 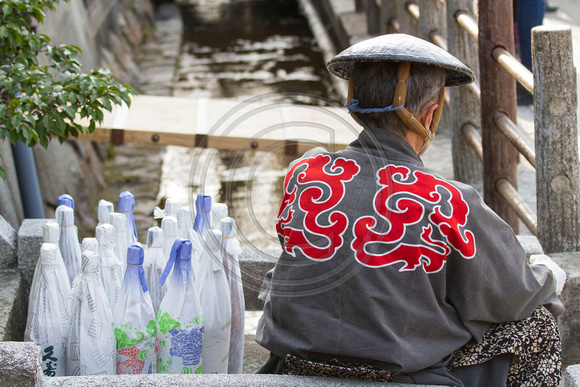 Late afternoon on the last day of the festival: sake bottles at the ready 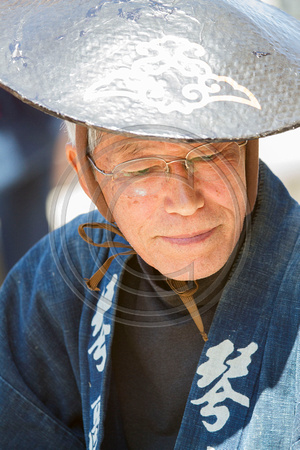 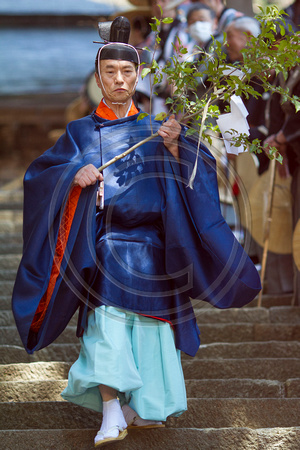 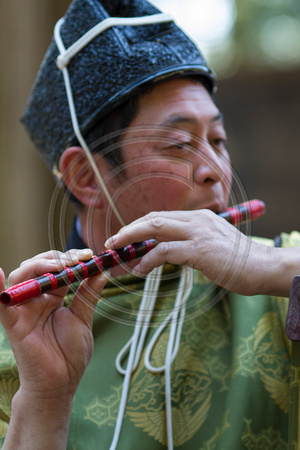 One of the highlights of the trip was shooting the Furukawa Festival, held a few days later in the picturesque town of Hida-Furukawa, about 15 minutes from Takayama by train. It ended up being in some ways even more enjoyable than the Takayama Festival, with a Kabuki performance atop one of the yatai by two young thespians. 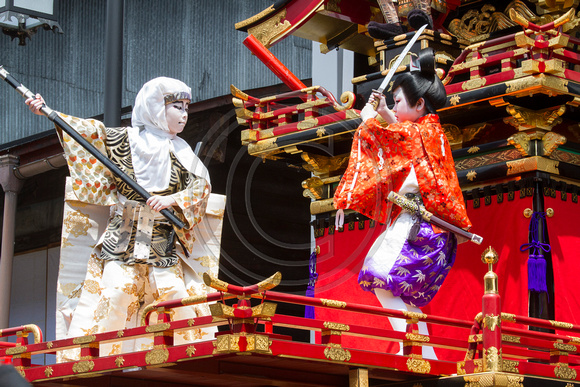 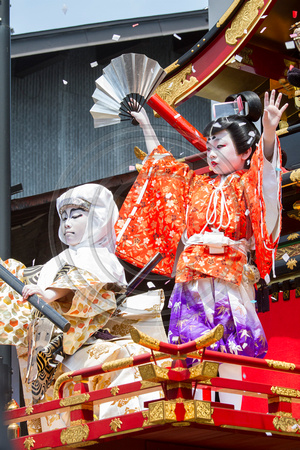 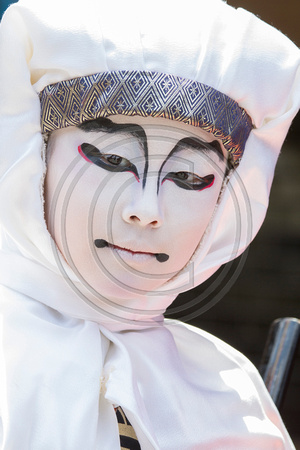 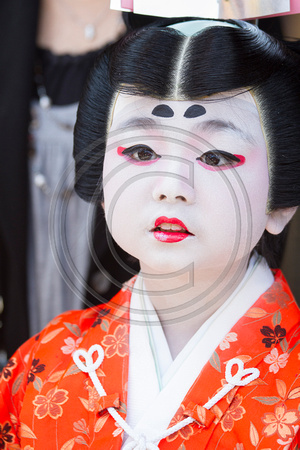 Here's a description of the evening event from www.hida.jp:

The Furukawa Festival is one of Japan’s Three Great “Naked Festivals."

On the afternoon of the 19th, the beautifully decorated festival floats are hauled into Furukawa. From 9 pm on the 19th continuing until early morning, the Okoshi Daiko, an enormous drum atop a tower, is carried through the streets by hundreds of men clad only in cotton loincloths, despite the cold. [It was cold!]

Two men sit astride either end of the drum, striking it in turn. In close pursuit, 12 neighborhood groups of men follow the Okoshi Daiko. Each group carries a Tsuke Daiko, a 3-meter long staff with a small attached drum. The groups struggle to maintain the closest position to the Okoshi Daiko’s tower, the most prestigious position. As the Okoshi Daiko passes through key crossroads in the town, the neighborhood groups surge forward with their Tsuke Daiko, jostling with each other as well as the guards stationed behind the large drum, in kind of pitched battles. These “naked” men (in loincloths) [I prefer to call them "half-naked" -- stimulates the imagination as to which half....] run through the town, drumming and shoving one another into the morning hours.

It’s a fantastic spectacle, but be sure to pick a safe spot from which to view the festival. The naked men can be known to engage spectators as well as each other in their scuffles." [They also drink a lot of very cold sake and splash it on each other's bare backs!]

My safe spot was from the top of a platform reserved for the press, thanks to my great friend Yuki who helped arrange for me to obtain a press pass from a most kind Nakamura-san, one of the managers of the festival. 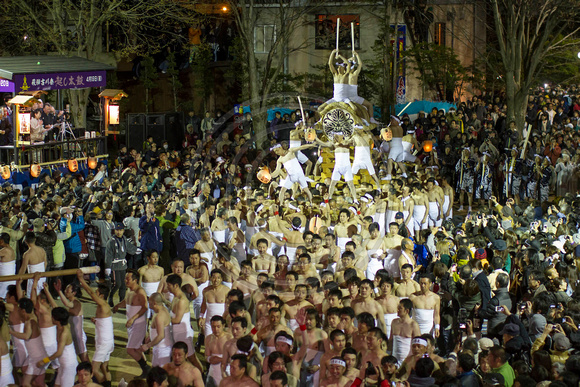 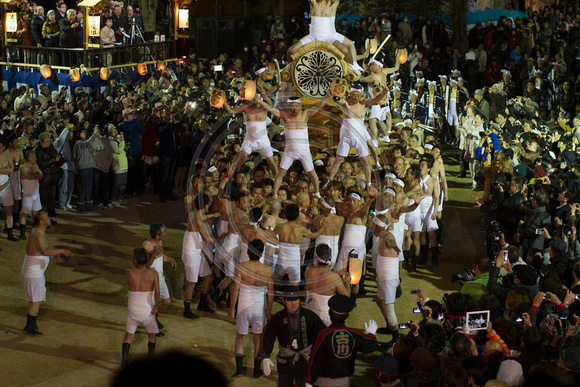 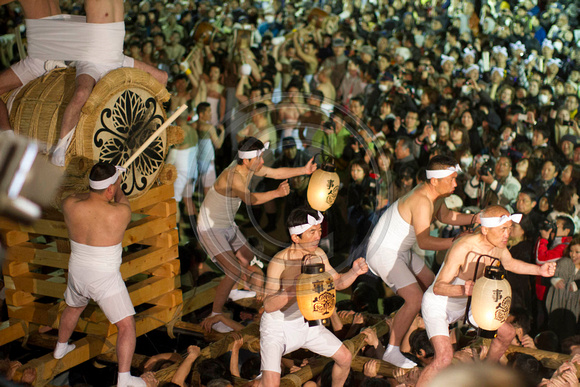 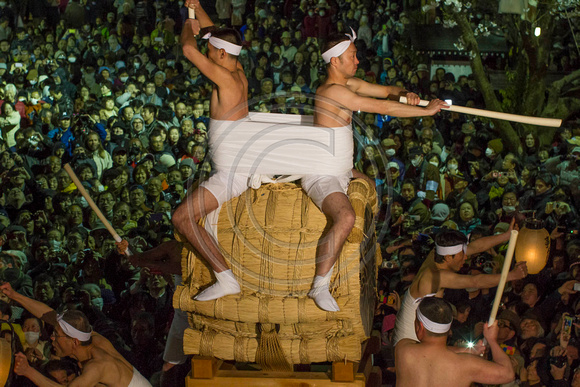 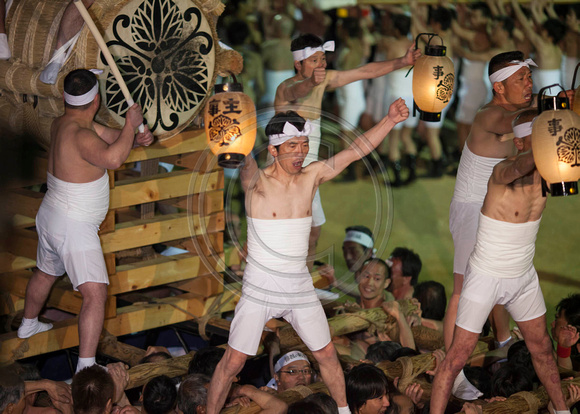 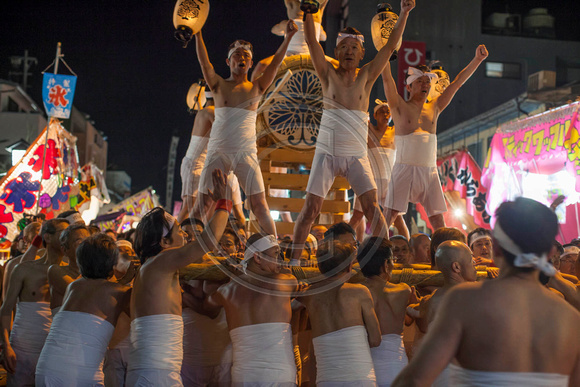 I've never before witnessed such vitality and energy in a crowd!